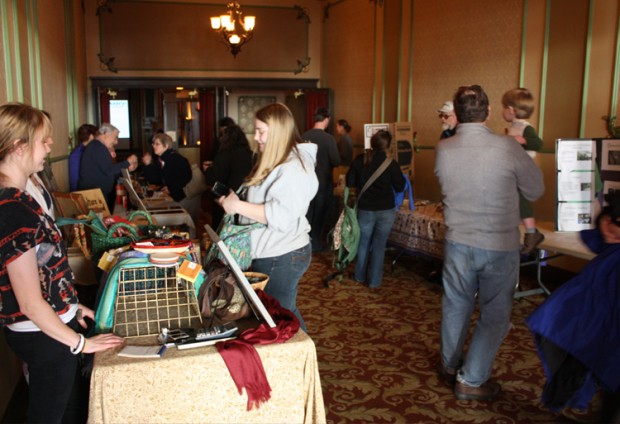 Every year, World Fare, along with a handful of loyal contributors, manage to put on a film festival in Three Rivers revolving around social justices issues affectionately dubbed, “Rivers of Justice.” This festival is held in beautiful downtown Three Rivers at the historic Riviera Theatre, and is both a fundraising event for World Fare and an attempt to spread the messages of social justice, community development, and fair trade to Three Rivers and beyond.

The first film, Bananaland, gave a shocking inside view into the banana industry. Dole, Chiquita, Del Monte, and a handful of other high profile banana growing corporations were put under the looking glass and exposed for their terrorist-supporting and extreme profit-minded business practices. We saw in this film the human side of the banana industry, how the pesticides present in such mass quantity can destroy the lives of those who are unfortunate enough to live near or around a banana plantation in South America.

Our second film, The House I Live In, centered on the problems caused by the War on Drugs: a war that has raged for decades and has seen virtually no success in slowing down the trafficking of drugs in and around the United States. This film is a harrowing look into the racial and socioeconomic overtones present in the lawmaking and judicial sides of our government.

The final film, If You Build It, ended on a hopeful note, following a group of high schools students and their unorthodox shop class teachers as they seek to construct a Farmer’s Market for their small town. This film showcases positive ways of engaging students who often balk at the traditional methods of education, and gives us insight into what can happen when a community comes together around an idea.

We’d once again like to thank everyone who contributed food to the potluck, donations to the festival costs, and especially to everyone who came out to watch these important films. We hope to see even more folks at next  year’s Rivers of Justice Film Festival!

A fair trade store connecting Three Rivers to the world by telling the stories of disadvantaged artisans and farmers and marketing their goods.